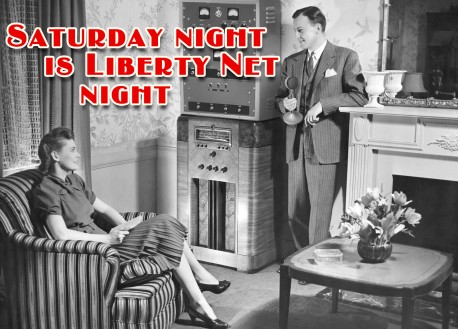 • Why is former “Homeland Security” czar Michael Chertoff — the same man who released the “Israeli Art Student” spy ring, even when it was known they had connections to the 9/11 attacks — allowed to make multiple millions by contracting and “consulting” for the very police state programs he created? (1 hour 35 minutes)

• Gas prices are rising faster than those of precious metals — and gas thefts are rising too, with criminals using high-speed puncturing tools and electrical pumps to steal many hundreds of gallons every day. (1 hour 42 minutes)

• As the oligarchs ramp up their warmongering hysteria against Syria and Iran, and possibly even Russia, expect to hear plenty of outrageously false atrocity stories, similar to the ones that were used to lie us into World War 2 and the Iraq war. The latest crazy tale is that Syrian soldiers have been ordered to bayonet babies and shoot small children — but expect many, many more. (1 hour 44 minutes)

• Recently the FBI issued a press release praising themselves for “stopping a terror plot on Washington, DC” that FBI agents themselves had planned and created — using some hapless, emotional, and gullible Muslims as patsies. When is this outrageous criminal behavior from the so-called “Justice Department” going to be stopped and punished? (1 hour 48 minutes)

• Part of the current war hysteria comes from insane religious fanatics — some of whom are funding Rick Santorum, by the way — who believe that it would be a good idea to start a nuclear war in the Middle East, which they imagine will “fulfill prophecy” and usher in the “direct rule of God on Earth” as a result. (1 hour 54 minutes)

• The Law and Order television series and its spinoffs have not only skewed the races of attackers and victims, but have also slowly and cleverly changed the racial composition of their casts in an apparent effort to demoralize, and inculcate self-hatred in, White people. (2 hours 8 minutes)

• One of the most insidious ways to commit genocide is to encourage racial mixing among the people you wish to exterminate, and there is abundant evidence to suggest that this is being done to us. (2 hours 12 minutes)

Remember that you can find the Liberty Net in the upper part of 75 meters (lately it has been consistently higher than 3950 kHz) every Saturday night at 10PM Eastern Time — join in, or listen live on the Internet via N2SAG or N2IRJ — or listen at your leisure via the mp3 files posted here at https://3950.net every week. Usually the new recording is posted early on Sunday. It will be visible at the top of the upper right column of every page of this site.