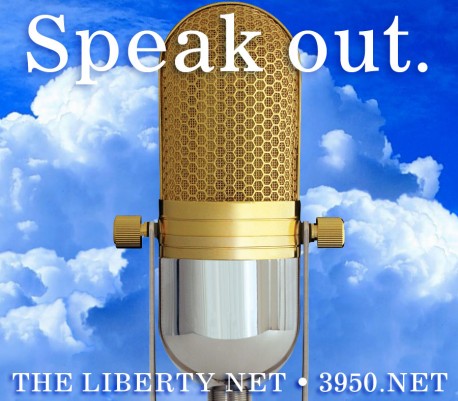 • American soldiers and workers and inventors are all being foully used by the military-industrial complex, which is itself being used by the ethnically distinct money-changers who currently dominate the West. Our primary goal should be to overthrow them. (40 minutes)

• Are the thieving bankers trying to stampede the people into making a “run” on the banking system, so that when the inevitable collapse comes, we can be blamed — and saddled with lifetime economic slavery? (44 minutes)

• The X-ray machines now installed at every American transportation portal aren’t really there to find “terrorists.” They’re there to prevent you from taking your precious metals and other valuables with you when you try to travel to save your family during a crisis. Expect “laws” to be passed soon allowing the arrest and imprisonment of ordinary Americans who try to travel with “excess wealth.” (49 minutes)

• The state of Texas, like Germany, apparently suspects that the gold allegedly held by the New York banks for depositors isn’t really there: They are demanding that the billion or so dollars of gold held by these banks for the University of Texas endowment fund be physically transferred to a new depository — in Texas. (53 minutes)

• Why has not a single legislator come forward with a bill to guarantee that American bank and pension fund deposits will not be raided as Cypriot ones were? There’s only one possible reason. (1 hour 2 minutes)

• We should all try as much as possible to starve the banking, corporate, and government oligarchs who misrule us: Buy from local producers, and get as much as you can through barter, Craigslist postings, thrift stores, and yard sales. (1 hour 10 minutes)

Remember that you can find — and check in to — the Liberty Net on a clear frequency around 3950-4000 kHz LSB every Saturday night at 10PM Eastern Time, or you can listen live via the Internet  at the “Liberty Net live” links in the left column of this site. You can also listen whenever you like on your media player via the mp3 files posted here at https://3950.net every week.