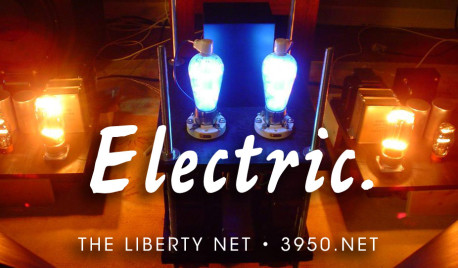 • The original “intelligence” that “Assad used poison gas” came from the Mossad. Nothing more needs to be said. (37 minutes)

• “DoNotTrackMe” is an increasingly popular, and free, add-on for your Internet browser which will alert you when a Web site tries to track you — and block them from doing so. (39 minutes)

• Obama’s behavior while pushing the Zionists’ war agenda is so incompetent that it makes one suspect that he is purposely trying to fail; a kind of passive-aggressive rebellion against his handlers. (1 hour 9 minutes)

• Law is no longer law in this country: law is whatever the man with power tells us it is. (2 hours 29 minutes)

• The NSA claims that we have nothing to worry about; that they are merely storing “metadata” from our telephone calls “in case it is needed.” If you believe that, I have some real estate between the east and west banks of the Mississippi I’d like to sell you. Tell it to the Danish man denied entrance into the US because his telephone number was similar to one called by some alleged “terrorists.” (2 hours 36 minutes)

Join in or listen to the most exciting net on the amateur bands every Saturday night starting at 10PM Eastern Time and Wednesday nights at 9PM. And don’t forget the Survival Net Sunday evenings at 9PM!