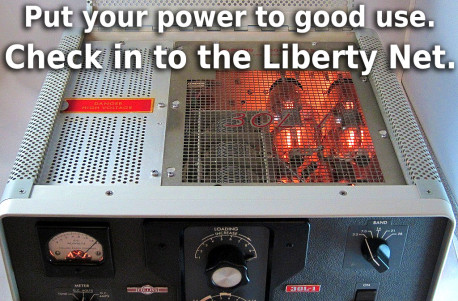 • The Washington regime now claims that the New York City Fire Department is “racist” (yeah, right) because the department requires applicants to pass written tests — tests that many Blacks and Mestizos are unable to pass. (10 minutes)

• Why should we have any respect for a law enforcement establishment which inflicts the most horrible punishments on average citizens for the slightest infraction of arcane, probably illegal, “laws” — or victimless “non-crimes” — and yet refuses to even consider indicting the criminals in Washington and Wall Street? (18 minutes)

• Should the Liberty Net be promoted via advertising in the growing alternative media? Back in the 1970s, classified ads for the net were run to good effect in the Spotlight newspaper, and the alternative media have grown a hundredfold since then. (21 minutes)

• The Jewish-operated multimillionaire lawyer group and private intelligence agency “SPLC” arrogates to itself the right to define what a “hate group” is, but it has gone virtually insane recently, putting even the most innocuous pro-family and pro-European-American institutions into that category. Considering how one of the SPLC’s primary functions is to ruin the personal lives of its opponents, perhaps it’s time to realize who the real haters are. (33 minutes)

• Add another name to the endless list of victims who paid the ultimate price for the oligarchs’ deliberate importation of non-Whites into our countries: beautiful 21-year-old mother Jenna Cartwright, whose name will not — repeat, not — be trumpeted in the corporate media to even 1/1,000th the level of Trayvon Martin’s. (40 minutes)

• ACORN’s former head Bertha Lewis spoke to the Congressional Black Caucus (a group which is not only allowed but encouraged by the oligarchs) in an effort to unite Blacks and Third World immigrants in a coalition against White people. She did use one apt expression: “America is a shape-shifter.” (46 minutes)

Please check in with your call sign, and add your voice to the most exciting net on the amateur bands — every Saturday night, starting at 10PM Eastern Time, and Wednesday nights at 9. (And check out the Sunday 9PM Survival Net too.)  The frequency varies to avoid causing interference, but is almost always somewhere above 3950 kHz LSB, quite often on 3995 lately.