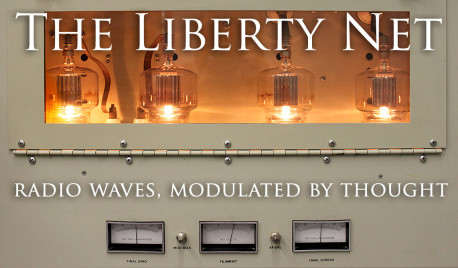 • As the arguably human population burgeons and the seas become disastrously overfished, many food stores have taken to falsely labeling less desirable (but at least available) seafood to fool their customers. Some avoid this issue, and others, by choosing vegetarianism. (1 hour 5 minutes)

• Music has a very deep effect on the minds and souls of young people. Therefore there are few crimes greater than the media masters’ promotion of “rap” filth to our young people. (1 hour 15 minutes)

• Would it be possible to successfully sue the billionaires’ media for their multiple lies and sins of omission that have led us into Zionist wars, promoted unconstitutional government policies and programs, and concealed innumerable crimes of said billionaires? (1 hour 22 minutes)

• The government of the founders was designed to be, above all else, a guardian of our people’s liberty. Today the regime in Washington is the chief enemy of our liberty — and even of our very existence itself. (1 hour 37 minutes)

• Why is it that those who try to create honest, non-inflatable currencies — like the Liberty Dollar folks, and now Bitcoin — find themselves harassed or imprisoned by the bankers’ regime in Washington and their “FBI” and “Justice Department”? (1 hour 47 minutes)

• States, cities, and counties all across the country have pension plans that are some $126 billion short. Where did all the money go? And will the banks step in to “save the day” with more “loans” created out of thin air? (2 hours 10 minutes)

Remember that you can find — and check in to — the Liberty Net on a clear frequency around 3950-4000 kHz LSB every Saturday night at 10PM Eastern Time, or you can listen live via the Internet  at the “Liberty Net live” links in the left column of this site. You can also listen whenever you like on your media player via the mp3 files posted here at https://3950.net every week. And remember the Midweek Liberty Net on Wednesdays and the Survival Net on Sundays, both at 9PM.