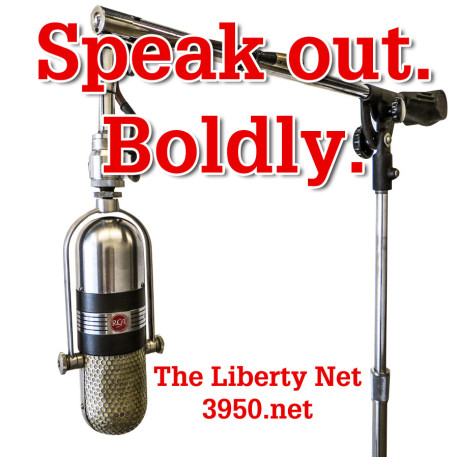 • It doesn’t matter much which party, Democrats or Republicans, gets elected these days. Both parties are creatures of the banks and of Wall Street and of the oligarchs, and all their rhetoric about “liberty,” “the constitution,” “fairness,” and “compassion” are window dressing for the suckers and nothing more. (37 minutes)

• One of the major buyers of US government debt has been China’s central bank. But now they’ve decided they’ve had enough and aren’t buying anymore: an ominous sign if you like the fractional reserve slavery we live under — but a hopeful sign for those of us who want to be free. (41 minutes)

• A real ominous sign, though, is that China is using part of its huge stash of dollars by buying up massive tracts of energy-rich land, and even whole energy companies, in the United States. (50 minutes)

• One may or may not approve of much of what Alex Jones says and yet still be impressed with the success he’s had as an outsider stealing the audience away from the billionaires’ media. Jones’ recent rally in Dallas had an audience measured in the millions. (1 hour 4 minutes)

• The heavily-armed quasi-military thugs that constitute modern police forces became inevitable the instant that our self-styled masters decided to make America into a Third World country. In short, a Third World population requires a Third-World-style police force. Police recruiters, in fact, have in several cases been caught purposely hiring lower-than-average intelligence testees, presumably to recruit thugs who won’t question their orders, no matter how illegal or brutal they are. (1 hour 10 minutes)

• Why was John Kennedy killed? There are some ways in which he went against the wishes of the oligarchs — from issuing debt-free currency to planning to limit the power of the CIA. Whatever was the “straw that broke the camel’s back,” it’s evident that JFK was a man who insisted on actually being in charge and who rebelled at being an errand boy for the money men. (1 hour 22 minutes)

The Liberty Net — amateur radio’s longest-running current events discussion net — is on the air every Saturday night at 10PM Eastern Time on or around 3950 kHz SSB (usually higher in frequency to avoid interference). You might have to tune around, but we’re not hard to find. Listen for the Survival Net on Sundays, and the Midweek Liberty Net on Wednesdays, too — they’re both at 9PM Eastern.

Remember, thanks to our multiple audio feeds, you’re likely to be nearly interference-proof! (When the propagation dropped out during the Wednesday session, N2SAG and N8WGM had an online “QSO” on the N2SAG Ustream feed!) So please check in. And, as always, you can download the net recording right here at https://3950.net and listen at your leisure.