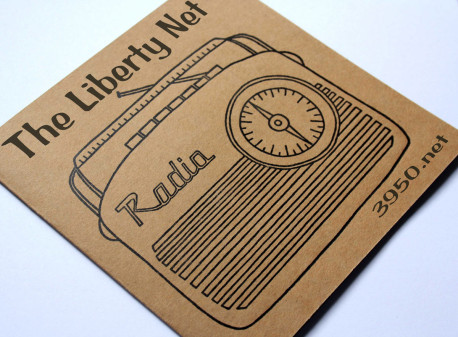 • Think the war in Iraq is over? Think again. Two major cities there are on the verge of being taken over by al-Qaeda. (47 minutes)

• Why do military men who know better keep on obeying the orders of an illegitimate establishment that is using them to fight illegal, murderous wars at the behest of the enemies of America? About time for a super-sized rebellion. (50 minutes)

• One consolation in this darkening age is the increasing incompetence of the regime in Washington: recently the IRS sent 23,000 “refund checks” simultaneously to the same address. (56 minutes)

• The regime in Washington now has a crooked “court ruling” on its side giving them the “right” to — without probable cause — seize and indefinitely hold any electronic device you may have when you cross the border, including the “right” to copy the entire contents of your hard drive. (1 hour 8 minutes)

• Because ABC/Disney and other major corporations don’t want their valuable properties — like Mickey Mouse — to go into the public domain, they have successfully lobbied to have copyrights extended for unconscionably long periods of time. (2 hours 5 minutes)

• With all the health information available to everyone online now, there’s no real excuse for not allowing people to medicate themselves and buy any drug without a permission slip from the medical priesthood. (2 hours 25 minutes)

Join in or listen to the most exciting net on the amateur bands every Saturday night starting at 10PM Eastern Time and Wednesday nights at 9PM. And don’t forget the Survival Net Sunday evenings at 9PM!