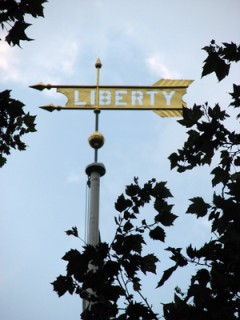 • Were programmed stop-loss orders the “mousetrap” that caused the sudden fall on Wall Street this week? (2 minutes)

• With reference to the stock market free fall, why was the obviously false story concocted that a trader entered a “b” (for billion) instead of an “m” (for million) when entering a trade? (6 minutes)

• Was the stock market drop in any way connected to Chinese hackers — with Mark Faber predicting that China itself is due for a major economic crash in the near future? (18 minutes)

• Joe Lieberman has proposed legislation that would strip Americans’ citizenship at the government’s whim — all they would have to do is declare you a “terrorist” — a label which could be based on nothing more than your opinions. (28 minutes)

• As the Obama administration continues the police state legacy of Bush, police and federal agents are increasingly engaging in brutality and military-style assaults against innocent citizens. (45 minutes)

• Could a proportional representation system break the stranglehold of the two corrupt political parties in the United States, and give smaller parties — and non-party candidates — a chance? (51 minutes)

• If the Mestizo invaders from the south are “legalized” and are able to vote themselves even more largesse and power over our society, America will be unrecognizable in just a few years. (56 minutes)

• Apparently British Petroleum (BP) already has its attorneys travelling around the Gulf, offering $5,000 apiece to individuals and businesses that might be harmed by BP’s spill — provided they give up all future rights to sue for damages. BP attorneys were also busy getting signatures on “sworn affidavits” from those who witnessed the event — and they were required to sign before they were allowed to sign off their shifts and rest after the explosion. (1 hour 59 minutes)

Thanks to the dedication and hard work of N2SAG and N2IRJ and W1WCR each week, you can listen and chat live via the Internet whenever the Liberty Net is on the air. And you can download the Net mp3 files right here at https://3950.net and listen at the office or in your car — anywhere and any time you like. The Liberty Net is live every Saturday night on or around (with 10 kHz or so) 3950 kHz SSB, beginning at 10PM Eastern Time.