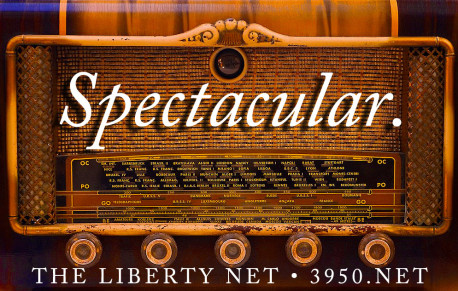 • New scientific analysis of some of the oldest remains of ancient Egyptians shows that they were closely related to today’s southern Europeans. (13 minutes)

• Some folks are now referring to Zuckerberg, Bloomberg, and Soros as the “Trinity From Hell,” because of their support for ever more control and surveillance of Americans — while at the same time demanding that those same Americans involuntarily support the state of Israel. (26 minutes)

• If we had our own government and our own media, the “Knockout Game” (in which non-White thugs compete to see who can knock out a random — usually elderly — White person in a single punch) would not be tolerated for an instant, and its eradication would be a cause célèbre trumpeted on every single news broadcast. (28 minutes)

• The regime in Canada is now constructing their own stadium-sized spying data center — code-named “Camelot” — at a cost of about $1.2 billion. It’s far past time for a revolution all over the “Western” world. (36 minutes)

• Amidst all the furor over changing the names of sports teams, buildings, schools, and even towns to meet the demands of supposedly offended non-Whites, there is something even more important going on. The eradicators are trying to erase our heritage, true — but far more important is the fact that thy are trying to eradicate us as a race. (52 minutes)

• A creature named Jeh (pronounced “Jay”) Johnson has been nominated to be the head of the regime’s “Department of Homeland Security.” Johnson’s main claim to fame has been his support of drone warfare against innocent women and children and his formulation of a justification for the regime’s “right” to kill American citizens. (1 hour)

Remember that you can receive the Liberty Net in the area of 3950 kHz and above every Saturday night at 10PM Eastern Time, Wednesdays at 9PM — and don’t forget the Survival Net at 9PM on Sundays. Or listen live on the Internet (see the two “Liberty Net Live” links in the left column of this site for two live streaming sites with associated discussion rooms). And you can listen at your leisure via the mp3 files posted here at https://3950.net every week. Each night’s mp3 file is usually posted the next morning and will be visible that day in the upper right column of this site.