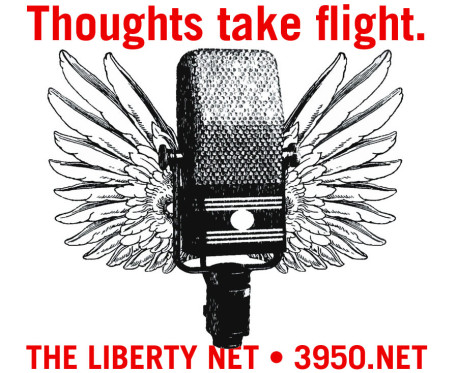 • Instead of spying on the American people and letting the criminals in Washington keep an infinitude of secrets, we should have the opposite: We keep all our privacy, no exceptions, and we get full disclosure of everything the bankers and their politician employees are doing. (Putting them all in jail would make this task much easier.) (45 minutes)

• Minnesota, of all places, is now blessed with a huge Somali presence — including a contingent who are extremely hateful toward the people among whom they now live. (57 minutes)

• For almost 20 years, Israel has been using bar code readers on Palestinians who work in the Jewish state. Now implanted RFID chips are being suggested. Remember the promises that “we would never use such things on human beings”? (1 hour 7 minutes)

• Where do religion, current events, and politics intersect? Is there a place in a house of worship to discuss social issues, or should anyone who tries without permission be expelled? The regime’s so-called “501c3” regulation is enough to keep many churches very, very quiet on such matters. One place with no such restriction is the religiously-oriented Fellowship Net on amateur radio, every Tuesday at 9PM, usually somewhere near 3995 kHz. (1 hour 12 minutes)

• Two young members of Greece’s rising Golden Dawn party were shot dead outside of a local party office near Athens this week. At the same time, the parliamentary immunity of Golden Dawn MPs has been illegally lifted and numerous police officers have been purged simply because of their sympathies for the nationalist party. (1 hour 35 minutes)

Remember that you can find — and check in to — the Liberty Net on a clear frequency around 3950-4000 kHz LSB every Saturday night at 10PM Eastern Time. Or you can listen live on the Internet  at the “Liberty Net live” links in the left column of this site — and listen at your leisure anytime via the mp3 files posted here at https://3950.net every week. And don’t forget the Wednesday night Midweek Liberty Net, and Sunday’s Survival Net, both at 9PM Eastern.