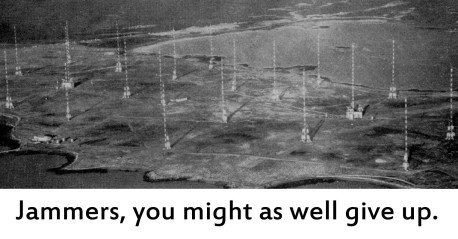 • Is the “mental health” establishment going to expand the definition of supposed “Oppositional Defiance Disorder” (ODD) to justify “treatment” and medication of dissidents? (36 minutes)

• One needn’t believe in ancient scriptures to find homosexual behavior and homosexual indoctrination of young people to be utterly repulsive. (45 minutes)

• Freedom and self-determination in Africa would be a more noble existence for Black people than dependence and disruption in someone else’s civilization. (1 hour 5 minutes)

Thanks to N2SAG and N2IRJ and W1WCR, you can listen to the Liberty Net every week — somewhere near 3950 kHz, plus or minus the interference (lately, substantially above that frequency) — every Saturday night at 10PM Eastern Time (and every Wednesday at 9PM), and also via the Internet. You can also download the Liberty Net right here at https://3950.net and listen in your car, at work, or wherever you like. Listen to the Survival Net, Sundays at 9PM, too. Check in on the air and join the excitement!